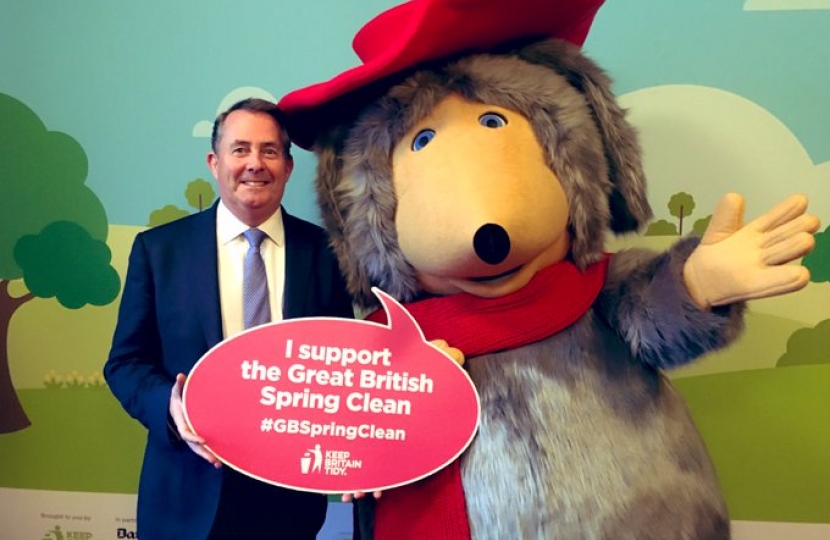 Keep Britain Tidy Chief Executive Allison Ogden-Newton OBE said: “The overwhelming response to last year’s Great British Spring Clean showed that there are many hundreds of thousands of people out there who love where they live and are prepared to take action to make it better for themselves, their families and their communities. “Litter is an issue that affects every corner of the country and, regardless of politics, the Great British Spring Clean is a campaign everyone can get behind. It is fantastic to have the support of Dr Liam Fox MP to help us reach our target of getting 600,000 people out, taking action to clean up every corner of the country.”

To find out more about the Great British Spring Clean visit www.keepbritaintidy.org

In total 17,000 events were held over the campaign period and 272 local authorities took part. The Great British Spring Clean 2020, in partnership with the Daily Mail, is made possible thanks to headline partners Co-op, Mars Wrigley, Red Bull and Wilko and is supported by players of People’s Postcode Lottery. The campaign is also supported by Clear Channel, Coca-Cola, Pepsi MAX and Walkers.

THE CENTER FOR STRATEGIC AND INTERNATIONAL STUDIES (CSIS)