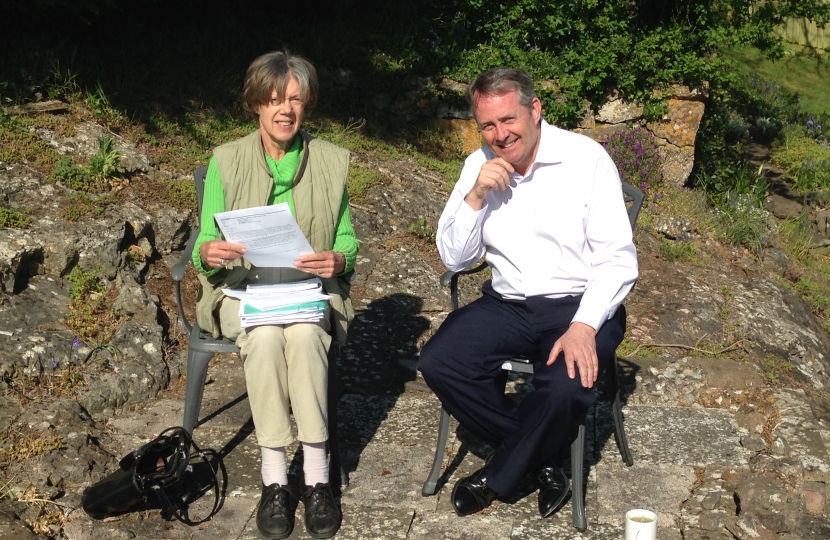 The Rt Hon Dr Liam Fox, MP for North Somerset, has congratulated Ione Douglas on receiving an MBE in the New Years’ Honours List for Public, Political and Parliamentary services over the last fifty years.

Ione has worked for Dr Fox and the constituents of North Somerset for over twenty years.  However, Ione first started working for the Conservative Party in 1966 and has worked for several notable politicians such Cecil Parkinson, Major Sir Hugh Fraser, Sir Bill Cash, Lord (John) Cope and William Waldegrave before starting work for Dr Fox in 1998.

Dr Fox said “I am absolutely delighted that Ione’s outstanding and relentless hard work to public service has been recognised in this way.  I have held over 450 surgeries and seen over 8,000 individual constituents since becoming an MP and I cannot count the number of constituents who have written or come to one of my surgeries who have later thanked me for all the work Ione has done on their behalf”.