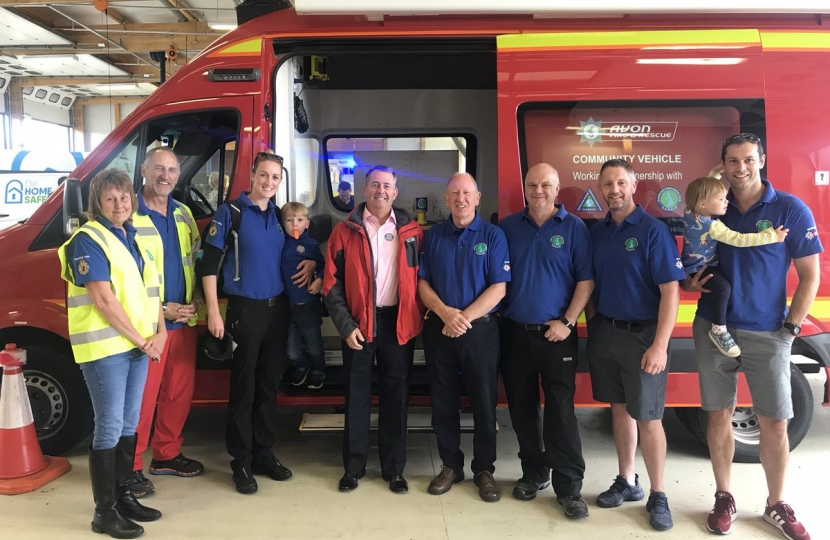 Dr Liam Fox MP visited Nailsea Fire and Police Station Open Day on 9th September.  The Fire and Police Station threw open their doors to the public to welcome more than 300 people from around the local area. The event was held on 999 Day UK, organised by the National Emergency Services Memorial charity to honour the emergency services across the UK.  A minute’s silence was held at 9:00 on the 9th day of the 9th month to honour those who have died in public service.

Firefighters from Avon Fire and Rescue Service carried out several dramatic displays including road traffic collision demos, a rescue from a building and a demonstration of a high volume pump which has been used in the counties major flooding incidents.

Avon and Somerset police, the South Western Ambulance Service and several voluntary services were also at the event.  Dr Liam Fox MP talked to the Police Cadets about their experiences and met members of the Wessex 4x4 unit who explained how their members had travelled over 10,000 miles transporting critical staff and resources during the severe snow in January.  He also met the newly formed SARAID Community Resilience Team and learned about the volunteers’ efforts providing river and water safety, successful patrols in Bath and other work supporting the police, fire and Local Authorities.