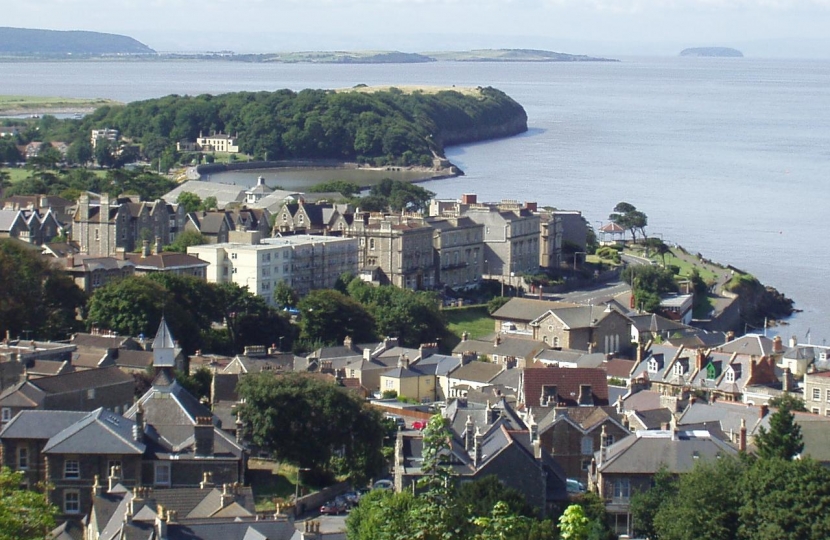 The beautiful Victorian seaside town of Clevedon on the Bristol Channel

The history of North Somerset (formerly Woodspring prior to the 2010 General Election) as a Constituency is relatively short.  It was created by the Boundary Commission in 1983 following the realignment of the constituencies of Weston-Super-Mare and North Somerset.  The new area created between the new constituencies of Weston-Super-Mare and Wansdyke was named Woodspring.

The constituency extends between two rivers with the Avon running along the north-east edge and the Congresbury Yeo to the south. It includes the three main towns of Clevedon on the west coast, Nailsea to the south, and Portishead to the north, along with smaller surrounding villages like Backwell, Easton-in-Gordano, and Long Ashton.

Being located between the two large urban areas of Bristol and Weston-Super-Mare, many of the local towns are home to commuters although with the major redevelopment of Portishead docks and Bristol International Airport located in the constituency many new jobs are being created locally too.

I hold regular surgeries at various locations across the constituency.  Information on getting in contact with my office to arrange an appointment can be found on the Contact page of this website.

If you're a Conservative and want to join with like minded people from across your local area for social gatherings and political events then please follow the link here.